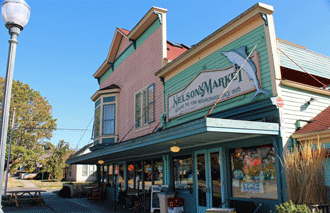 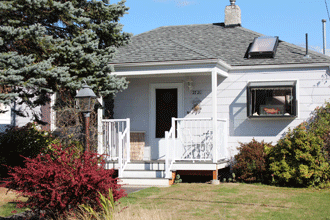 On the east edge of downtown Bellingham, you’ll find the York Neighborhood, one of the city’s oldest neighborhoods. When you walk the neighborhood streets you’ll notice that most of the houses are as you would have found them 110 years ago when the neighborhood was the new neighborhood in town, and the town wasn’t even called Bellingham. Many of the original homes are of late Victorian designs with high gabled roofs fish scale shingle siding.

Houses here are both small and large, grand and simple. This is an early example of a middle class neighborhood, with many well-built, but modest homes on smaller lots. Though mostly single family homes, there are also several classic apartment buildings and duplexes. In recent years many of the owners of these houses have gone to great trouble to restore these houses so as to maintain their historical appeal.

The York Neighborhood is part of the City of Bellingham’s project of surveying and inventorying the homes and architecture of several of the City’s oldest neighborhoods. The Preserve America Grant Award has been given to the neighborhood and the results of this survey can be viewed online on the link above.

In the center of the York Neighborhood is a reminder of a bygone era, Nelson’s Market. The old neighborhood market has been open on the corner of Potter and Humboldt since 1895, and is still going strong in the same building. Recently, the addition of Marlin’s Café was added to the establishment to serve breakfast and lunch to the neighborhood regulars. It’s the place to go to catch up on the neighborhood news or to just read the paper.

Real estate people always talk about location, and the York Neighborhood has a great location for those who like to be close to everything. All of downtown is just a few minutes walk to the West and the Fred Meyer Shopping Center is just a few minutes walk to the East. Numerous restaurants, cafes, shops and services are close at hand. To make it even more convenient, the neighborhood is very well connected to Whatcom Transit with several bus stops and connections made within the neighborhood. Many of the residence enjoy the close proximity to Western Washington University and the quick bus service strait from the neighborhood to the campus.

The York Neighborhood has several parks within its small boundaries. Franklin Park is the largest and in the south part of the neighborhood. This large open area with a playground is a fine place to let the kids run around and play or to throw the ball to the dog. Just three blocks away, tucked away at the end of Iron Street, is Rock Hill Park. This is a small park, with a small playground but still a nice place to take kids to for a break or to shoot a few baskets.

NEWEST HOMES FOR SALE IN YORK