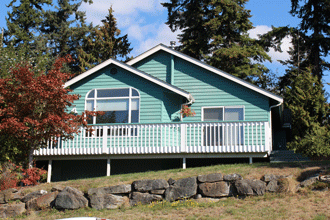 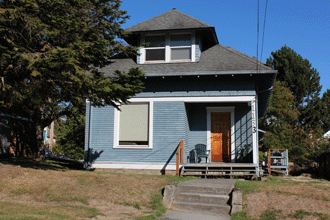 The Roosevelt Neighborhood is on the east side of Bellingham at the base of a steep ridge known as Alabama Hill. At one time this was a wide pasture land and farm land that provided much of Bellingham with produce, but today it is mostly residential homes. Although some of the old farm houses can still be found and some craftsman era homes are on the western edge of the neighborhood, much of the area was developed in the 1950's, 60's and 70's and reflects the styles of those times. In the Roosevelt neighborhood there are many opportunities for the first time home buyer and a good selection of moderately priced homes. There are also resent homes developments on the north edge of the neighborhood that consist of larger, well designed homes with modern floor plans, near the greenways and walking paths.

In the Roosevelt Neighborhood, you are near several popular grocery stores, restaurants and other retail establishments. On the western edge of the neighborhood is Trader Joe's, to the north is Safeway and to the east is Barkley Village and the Haggen grocery store. Each of these shopping areas has various restaurants, banks, and other services that are quick and convenient for anyone living in the area.

Roosevelt Park is located right in the middle of the neighborhood and consists of a children's playground and large open grass for kids to run and play. Right next to the park is the Bellingham Boy's and Girl's Club with after school activities and several organized sports programs that run throughout the year. Running along the northern edge of the neighborhood is the Railroad trail that starts at Memorial park just to the west of the Roosevelt neighborhood and runs several miles to Whatcom Falls Park and then on to Lake Whatcom. The trail is popular year around for runners, bikers and walkers and is a convenient way to connect by bike to Barkley Village and adjacent neighborhoods and parks.

NEWEST HOMES FOR SALE IN ROOSEVELT

Unique haven in the heart of town! Close to trails and parks, this home has a private backyard to delight any gardener. A big surprise awaits you out back: an incredible ...

NEW LISTING! Charming turn of the century Condominium-Home is detached. It is your own home- where you own your the shop, yard-parcel and the parking area. Classic style ...

Charming turn of the century Condominium-Home is detached. It is your own home- where you own your the shop, yard-parcel and the parking area. Classic style 1 bedroom- 1 ...