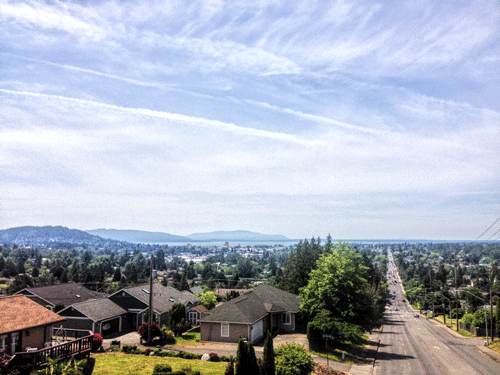 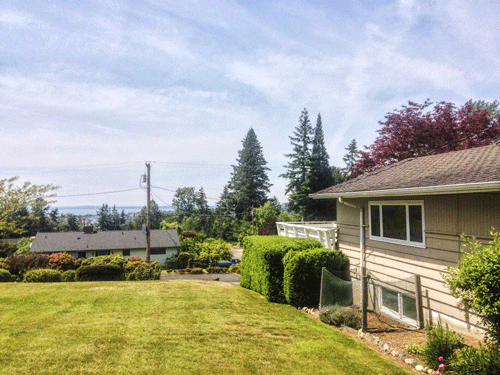 Those who are new to Bellingham find the city's street system difficult to learn. Many streets run strait for a short distance and then change directions and change names. One exception to this is Alabama Street that runs for several miles in the same direction until it comes to Lake Whatcom on top of Alabama Hill. At the top of Alabama Hill, in the midst of the Alabama Hill Neighborhood, you will find a commanding view of the city and the bay. Most of the homes in the neighborhood have this view and many have a spectacular view that is best experienced near sunset in the summer months.

Much of the Alabama Hill Neighborhood was built in the last 60's through the present time and has many medium sized and larger homes that are well built on quiet side streets and cul-de-sac neighborhoods. Many parts of the neighborhood are built near greenways, walking trails and parks and take advantage of the views and surrounding forest. Most homes are owner occupied and many residences have lived in the same home for numerous years and have no plans for moving.

The Alabama Hill Neighborhood is all residential, single family homes that give you a sense of being just a little removed from the downtown area but are close to shopping and several large parks. The Alabama Hill Neighborhood has several small parks with children's play areas and has several walking trails that pass though. The Railroad Trail runs through the neighborhood and serves as a convenient bicycle connection to the Barkley Village shopping district and the downtown neighborhoods. It also connects Alabama Hill with the neighboring Whatcom Falls Park and Bloedel Donovan Park. There are other trails that lead to Big Rock Garden Park and Northridge Park.

Shopping is close at hand though not right in the neighborhood. A three or four minute drive brings you to the Barkley Village Shopping District where you will find the Haggen grocery store and many restaurants and a driving range. Another minute away is the Sunset Square Shopping Center with even more restaurant, entertainment and grocery options.

This beautiful home has it all! Amazing views from nearly every room, vaulted ceilings, updated kitchen, brand new primary bath and walk-in closet. Great location in the ...